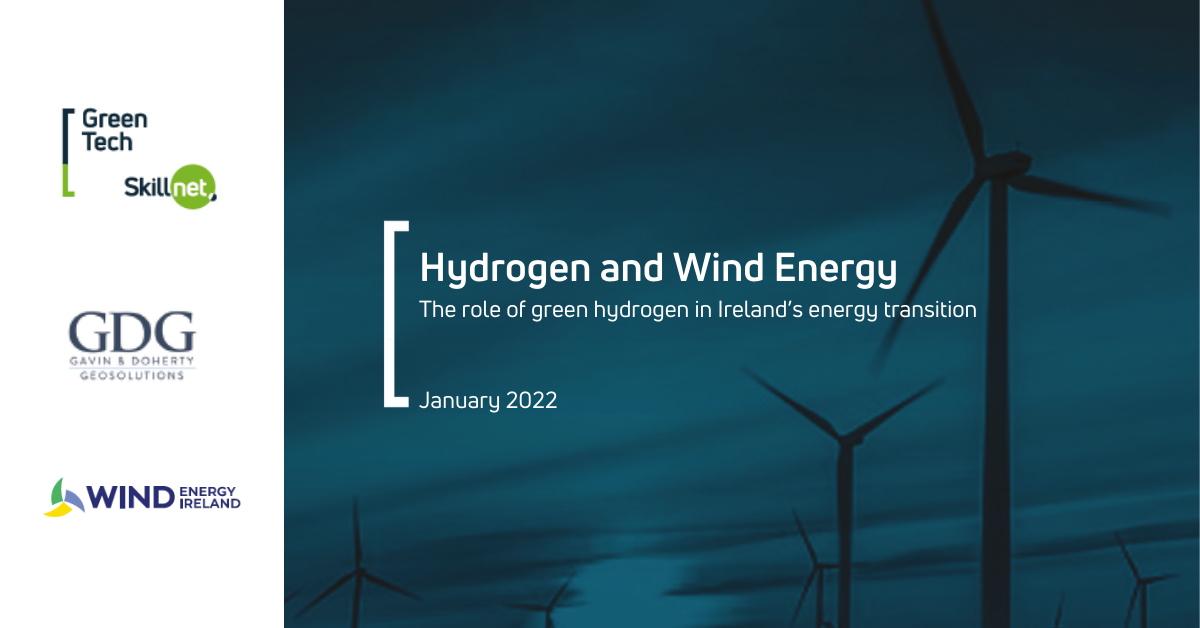 Green hydrogen, produced from renewable electricity, can play a vital role in Ireland’s transition to a net-zero society, boost our economy and make our energy supply more secure, according to the findings of the report. It shows how Ireland’s abundant wind energy resources could produce vast quantities of green hydrogen, which can be used to reduce our dependence on imported fossil fuels.

The report supports the wind energy targets set out in the 2021 Climate Action Plan. Meeting these targets requires a transformational shift in the way our society and economy. One certainty is that there will be an intensified focus on skills and talent to achieve these goals.

Green Tech Skillnet is playing a key role in facilitating the workforce and talent development needs of the Irish renewable energy industry. Reflecting the diversification of Ireland’s energy system, Green Tech Skillnet supports the optimisation of renewables on the Irish grid through learning and development initiatives, contributing to Ireland’s decarbonisation and energy transition.

kinetic: The Skillnet Ireland Newsletter – May…

New research shows over half of companies…