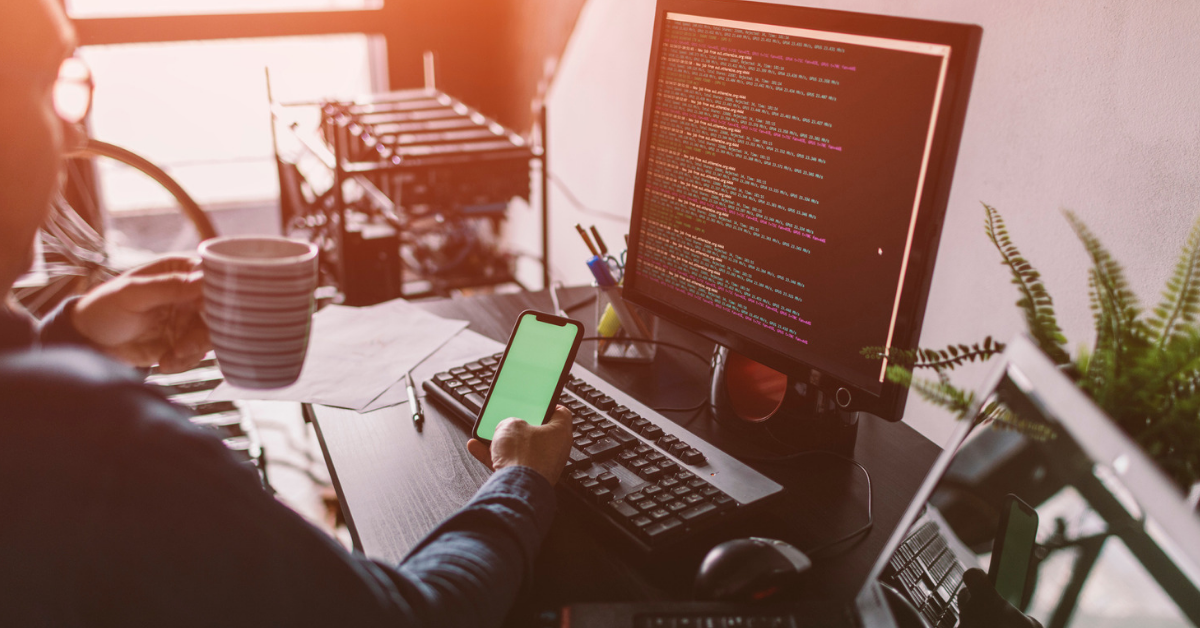 Have you heard of blockchain? Or maybe Bitcoin? A recent survey from Red C on behalf of Lero, the Irish Software Research Centre, noted that just under two-thirds of people they surveyed heard of cryptocurrency technology, and nine out of ten were aware of Bitcoin. However, just over a fifth of those questioned knew about blockchain, the technology underpinning Bitcoin transactions. The same survey found that two out of every five adults here are worried that robots or AI (artificial intelligence) will take over their jobs. With this concern in mind, upskilling the labour market to learn how to work with new technologies such as blockchain and develop blockchain skills is a key focus of many Skillnet Ireland learning networks. Read the full survey results here.

Sean A. McKenna, PhD, Senior Research Manager with IBM Research, Dublin opened a recent workshop on Blockchain jointly delivered by Technology Ireland ICT Skillnet and the Innovation Forum and understands that “Blockchain is a rapidly growing technology with the potential to disrupt traditional practices across a wide range of industries.  A Gartner study estimates blockchain will add $3.1 trillion in business value by 2030.  The lack of blockchain skills is a top concern and significant inhibitor to blockchain adoption in companies across key industries in Ireland and globally, including manufacturing, supply-chain, food security and finance.”

Blockchain is one of the hottest topics in tech right now and is gaining serious traction in Ireland. With its roots in Bitcoin and cryptocurrencies, Blockchain is an electronic and distributed ledger that can be openly shared among a wide range of different users to create an unchangeable record of their transactions, each one time-stamped and linked to the previous one. Each digital record or transaction in the thread is called a block (hence the name), and it allows either an open or controlled set of users to participate in the electronic ledger. Blockchain can only be updated by consensus between participants in the system, and once new data is entered, it can never be erased.

Who is using Blockchain?

Financial services were an early adopter of the technology, quickly followed by healthcare, Internet of Things (IoT), energy trading, construction, and more. Ireland has now also become a centre for blockchain innovation with companies devoted to building blockchain applications, like Consensys Corporation, establishing a major R&D centre here this year.

IDA Ireland’s strategy published last year promoting Ireland as a European location for blockchain developments is beginning to see results. In March this year, the Minister for Finance published a discussion paper called ‘Virtual Currencies and Blockchain Technology’ which examines the potential of virtual currencies and blockchain technology. And in May this year Ireland, in conjunction with 21 other EU states, signed a declaration for a European Blockchain Partnership.

As the evidence mounts that Irish businesses are starting to take blockchain seriously, the inevitable blockchain skills gap has emerged as a serious issue. A 2018 report by NUIG conducted in conjunction with the Blockchain Association of Ireland, confirmed that organisational readiness will require the availability of “employees with the requisite blockchain IT knowledge and skills” as well as financial resources and infrastructure on which blockchain applications can be built.

Technology Ireland ICT Skillnet, in partnership with IDA Ireland and Enterprise Ireland, are at the forefront in building awareness of Blockchain through a series of workshops and providing core skills development for software engineers in new coding languages and architecture required for blockchain implementation.

A key outcome of this collaboration resulted in Technology Ireland ICT Skillnet developing a new modular MSc in Applied Blockchain (Distributed Ledger Technologies) in September 2018. Funded through the Skillnet Ireland Future Skills Programme the Masters is due to commence in 2019. The programme is enthusiastically endorsed by the IDA Ireland Blockchain Expert Group. The new programme is geared towards those who are currently working in the field of Blockchain, are interested in becoming a Blockchain developer and/or building a career as a Blockchain developer. The course provides a complete overview of the Blockchain development technology process, its recent history and emergence in the Bitcoin sphere. Furthermore, it provides deep dive knowledge and skill development in the two best supported and most widely used Blockchain technologies – Ethereum and Hyperledger.

The future of Blockchain

As Blockchain works on decentralised platforms it offers significant advantages for business operations in terms of transparency, elimination of third parties, cost reduction, micropayments, security and immutability.  In the words of Liam Chambers of IBM Research Ireland – “Blockchain is a technology whose time has come. There are 500 projects currently underway using this technology around the world in IBM alone. Our view is that blockchain is going to be fundamental and in fact, it’s already part of the way there.”

The major consulting firms like Deloitte, Accenture and EY are very active in this area as are the tech giants IBM, Google and SAP. IBM Ireland Research, for example, is working in the area of food traceability, offering a means of guaranteeing traceability from point of origin right out to the consumer endpoint. This presents huge potential in terms of helping to trace and to stop food adulteration or similar issues that can occur in big distributed supply chains.

Antonio Senatore, chief technology officer of the Deloitte EMEA Blockchain Lab in Dublin is bullish about blockchain’s future. “Blockchain will impact everything and everywhere. I know it sounds like an exaggerated statement and I don’t want to sound like one of those super-advocates but the reality is that there are use-cases in every industry,” he says.

Do you think developing blockchain skills will help your business or industry? Find out more about the training courses that Technology Ireland ICT Skillnet offer on their website or email info@ictskillnet.ie for more information.

Moving past the hype – Talent needed…

Getting Back to Business with ISME Skillnet’s…